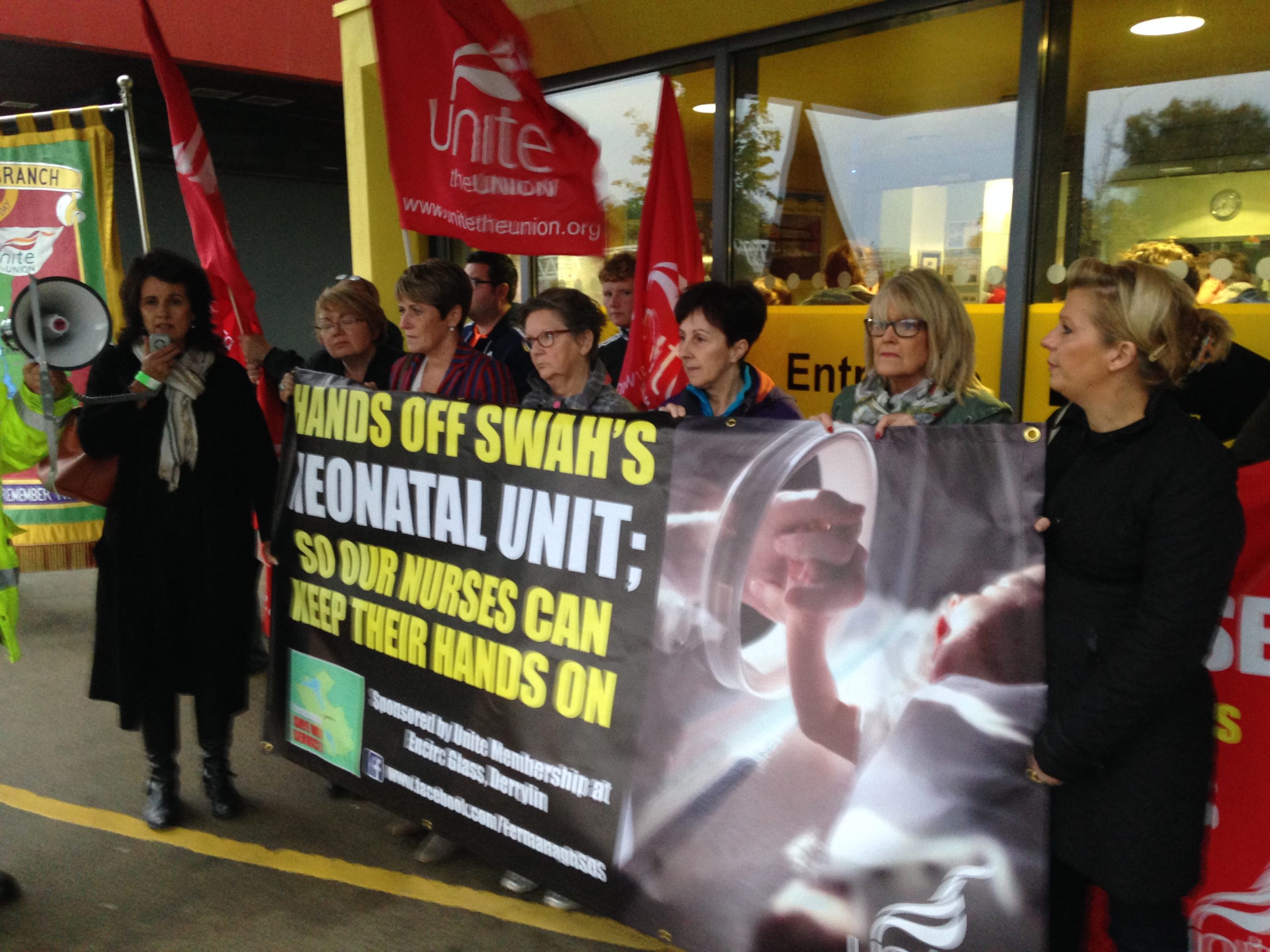 One of the issues that I am most motivated about in local politics is the retention of our neonatal and maternity services at SWAH. These are vital since the women and babies born sustain the Anaesthetics department and that in turn sustains Acute status at the hospital. The services are like dominoes if one goes the others will follow.
I’ve been raising concerns over the prospect that SWAH could end up a private hospital ever since it was built through a hugely expensive Private-Finance Initiative deal.

Losing neonatal threatens the lives of premature and sick babies. They shouldn’t need to be transported to Altnagelvin or further afield. They need the best treatment here.

What is more, families have to travel huge distances just to visit a baby as a result. Altnagelvin is two hours drive from many parts of Fermanagh. It’s an added stress no-one needs. It’s inhumane.

The absence of a neonatal unit undermines SWAH’s maternity ward – it becomes a maternity unit without a neonatal unit – it also means fewer babies will be born in Enniskillen which makes our low birthing numbers even more precarious in terms of sustaining a service.
It also discourages young families from moving into the county. As one nurse said to me – who wants to raise a family somewhere that there’s no neonatal service?

Recruitment and retention at SWAH’s neonatal has been a problem for a long time. As I said previously this is an issue I’ve raised repeatedly with WHSCT chiefs. I highlighted barriers to local nurses moving up grades, the increased requirements for recruitment of nurses in Enniskillen than in Altnagelvin and ongoing concerns in regard to the management culture in the hospital.

Every time I was told it was all in hand – well after they initially denied it – only to admit my concerns were grounded. The correspondence went on over months and the last few years. I have consistently highlighted problems with recruitment and retention – in particular in neonatal.

Now we are at the stage where the service has collapsed.

The WHSCT has now moved to instigate a  regional approach to recruitment – and have identified this as a major concern. That is worthwhile but I wonder why it has been left to this point to take such action and flag up the problem.

One of the main things needed in our NHS is to pay workers right, to treat them right and to train more up so we can fill gaps left. The refusal to do this has left services in rural areas collapsing and dependent on costly private sector agency staffing.

Another critical element must be to democratise the NHS. That must mean workers and service users replacing the tier upon tier of unaccountable bureaucracy at the tops of our services and all the quangos.

It is disgraceful that it took myself and journalists pursuing the WHSCT Chief Executive for a week to get an admission that neonatal in SWAH was effectively closed.

What is even worse is that the reply I received confirmed that the local MP and MLAs were apparently briefed on developments as early as December 3rd but had said nothing and done nothing!

If anything illustrates the failed nature of our sectarian politics it is this!

If WHSCT are serious about restoring a full neonatal provision – they need identify a date for the unit to reopen with all six beds working.

In the meantime, they need to conduct a risk assessment on what is happening at present. It is intolerable that babies, mothers and their families are being put in the situation where if a baby is premature they are being removed to facilities hours away.

If they fail to move quickly we will rapidly need to mobilise our campaign to force action. Save our SWAH!